Having successfully combated the inflation and the severe contraction of economy which characterized it until 2002, Skopje slowly but steadily became a rapidly developing country.

Such growth is mainly due to the increasing inflows of Foreign Direct Investment, primarily in the Technological and Industrial Development Zones which enjoy a particularly favorable investment regime. It is quite noticeable that, according to official data of the Skopje Central Bank, foreign direct investment from 1997 to 2015, including both corporate capital and reinvested profits, totaled 4,400.1 million Euros, while this figure is expected to rise by 2.5% in 2017.

This continuous improvement of the economic and business environment led EGNA NAVRIDIS & ASSOCIATES to establish a branch office in Skopje that meets the requirements and expectations of both Greek and foreign investors.

Since the beginning of 2016, the members of our Skopje team have been providing their services not only to businessmen active in the country, but also to those desiring to establish a new company there, presenting  the same dedication, professionalism and efficiency that our firm has already demonstrated in Romania, Bulgaria, Albania, Kosovo and of course, Greece.

In a friendly and fully equipped environment, our associates provide businessmen with information and legal aid based on their knowledge and expertise, while also assist in their liaising with experts in tax and accounting matters. The lawyers of our team meet our clients’ demands, supporting them in the company setup and in issues related to financing and investment, banking law, real estate management and development and so forth.  Alongside the consultancy sector, our associates are also competent in litigation, representing our clients in cases of civil, commercial and administrative law. 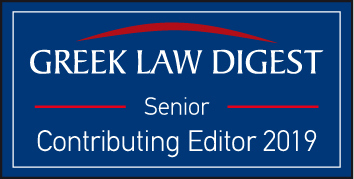